Posted on January 28, 2019
Three hundred of the most remarkable British Muslims are shortlisted as finalists for the 7th British Muslim Awards after hundreds of nominations are gathered from across the country. The award exists to recognise a wide range of achievements from outstanding individuals across the UK who positively impact business, charity, sport, arts, culture, religious advocacy, education and medicine among others, while simultaneously and unknowingly battle negative stereotypes. 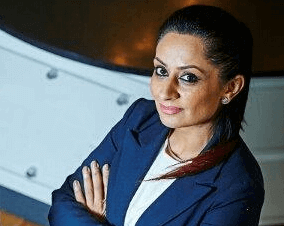 The awards endeavour to showcase the strength of the British Muslim community, the impact it has on culture and its achievements over the last year with categories ranging from Muslim in the Community, Young Achiever of the Year to Spirit of Britain.

The seventh British Muslim Awards will be held at The Bradford Hotel on Wednesday 30th of January in Bradford, where some of the most accomplished and influential individuals will gather for a glamorous night to celebrate their success.

Nesheela Nazir of Davisons Birmingham is one of the finalists in the Rising Star category. Davisons will find out if they will collect an accolade at the elegant ceremony held on 30th January 2019.

Nesheela Nazir stated “I was genuinely surprised and absolutely delighted to be nominated for the category of Rising Star in this prestigious award ceremony which recognises the invaluable contribution the British Muslim Community makes to businesses up and down the county.  I wish all the nominees the best of luck and thank everyone who voted for me, my colleagues, people I have met along the way and finally my family and parents for their support and blessings without whom I would not have achieved what I have to date”.

The British Muslim Awards 2019 presented by Trusted Utility Consultants are brought to you by Oceanic Consulting – the UK’s leading ethnic consulting and promotions organisation. With years of experience, they hold various world-class award ceremonies throughout major cities in Scotland and England annually. Oceanic Consulting events are a major fixture in the calendars of both the Asian community and wider population and generate media interest both locally and internationally.

Irfan Younis, CEO of Oceanic Consulting said: “All finalists should be proud of the opportunity to represent British Muslims, highlighting all the wonderful achievements of this diverse and brilliant community. The 7th British Muslim Awards 2019 will be the best yet having seen of the influential leaders put forward; the awards provide a platform to thank those who do what they know best, thrive in their fields and provide future generations with inspirational role-models.

“We wish all our finalists the best of luck and look forward to a night of celebration on the 30th.”